Listen on the go

We’d love to hear your feedback on this activity. It helps us to continually improve our products.

Please provide feedback for this on the following
(scale 1-5, 1 strongly disagree; 5 strongly agree):

Thank you for your feedback.

Recurrent vulvovaginal candidiasis is associated with significant disease, financial and quality-of-life burdens.1 Fluconazole has been used since 2004 for symptom control; however, its use is limited by the development of resistance and a high rate of vulvovaginal candidiasis recurrence after therapy cessation. Oteseconazole is a new medication that promises to provide women with an effective and safe treatment option for repeated yeast infections.2

In this expert interview, Jack D Sobel describes the mechanism of action of oteseconazole and its clinical development.

Q. Could you tell us a little about recurrent vulvovaginal candidiasis, its prevalence, its presenting symptoms and the unmet needs in its treatment?

Vaginal yeast infections are extremely common worldwide and are most commonly caused by species of Candida. Around 75–80% of women will develop at least one vaginal yeast infection in their lifetime.3 The entity of recurrent Candida vaginitis refers to women who suffer from recurring infections, at a minimum of three per year.3 It affects all races and ethnic groups and all strata of society.3 Symptoms include itching, irritation, burning and pain; these symptoms have a profound effect on the women’s personal life, sexual relations and family life. Worldwide, it affects millions of women, and there are no approved therapies for repeated infections.

Q. What is oteseconazole, and what is its mechanism of action?

Oteseconazole belongs to the azole family of drugs, which are commonly used topically and orally and include triazoles and diazoles. Oteseconazole is a tetrazole and acts by inhibiting a key enzyme, cytochrome P450 enzyme 51, which is critical for the integrity and health of the yeast cell membrane, thus causing the death of the yeast. Human cells also contain this enzyme, but oteseconazole was developed with metallic ions that affect selective binding. In contrast with the most widely used antifungal, fluconazole, which binds to both human and fungal cytochrome P450 enzyme 51, oteseconazole has an enhanced affinity for the fungal enzyme and a reduced affinity for the human enzyme. Therefore, there is potential for this drug to be more potent against the yeast and have less risk of side effects. What is unique about this product is that it has a favourable pharmacological and pharmacokinetic profile, with a long plasma half-life. While fluconazole has a half-life of about 30 hours, oteseconazole persists for weeks and therefore is active against the yeast for a much longer period, thus enhancing its activity against the yeast.

Q. Could you give us a brief overview of the VIOLET and ultraVIOLET studies?

The study designed to demonstrate the efficacy of oteseconazole was the VIOLET study (A study of oral oteseconazole [VT-1161] for the treatment of patients with recurrent vaginal candidiasis [yeast infection] [VIOLET]; ClinicalTrials.gov identifier: NCT03561701), whose target population was women with recurrent vaginal candidiasis.4,5 In the trial, the drug was given after an initial induction regimen of fluconazole, which is called the loading effect, in symptomatic women. This was followed by a maintenance dose (three doses of fluconazole 150 mg, one every 72 hours), in which the drug was highly effective in decreasing recurrences.

The ultraVIOLET study (Study of oral oteseconazole [VT-1161] for acute yeast infections in patients with recurrent yeast infections [ultraVIOLET]; ClinicalTrials.gov identifier: NCT03840616) eliminated the initial loading dose of fluconazole and used oteseconazole both as induction and maintenance.6 The results of this trial were identical to those of the VIOLET study in reducing recurrences at 1-year follow-up.7 Whereas women remained susceptible to recurrences after the cessation of fluconazole, oteseconazole prevented recurrences after the drug was stopped.4,7 The study showed that, when oteseconazole was given for an induction period of 2 days, the patient became asymptomatic.7 The drug was then given once a week for a further 11 weeks. Furthermore, the patients were followed up at 9 months and a year. The recurrence rates were reduced by 90% not only with Candida albicans but also with various other species of Candida, which is an unprecedented finding.

Q. In which women is oteseconazole most likely to be effective, and in whom is it contraindicated?

Oteseconazole was designed to be active against recurring attacks; it is not indicated for one-off or rare attacks. However, some of the preclinical studies indicate that, while it was not toxic and well tolerated by women who took the medication, there was an indication of potential danger for the foetus of pregnant animals. For this reason, the US Food and Drug Administration has decided that the medication should not be used in pregnant women and women of reproductive capacity. Initially, oteseconazole will be prescribed for post-menopausal women and women who are not of reproductive capacity. This will dramatically diminish the initial usage of the drug, and further safety studies are needed.

Jack D Sobel has no financial or non-financial relationships or activities to declare in relation to this article.

This article is an interview and did not involve any studies with human or animal subjects performed by the author.

This is an expert interview and, as such, has not undergone the journal’s standard peer-review process.

The named author meets the International Committee of Medical Journal Editors (ICMJE) criteria for authorship of this manuscript, takes responsibility for the integrity of the work as a whole, and has given final approval for the version to be published.

No funding was received in the publication of this article.

This article is freely accessible at touchINFECTIOUSDISEASES.com. © Touch Medical Media 2022

Data sharing is not applicable to this article as no datasets were generated or analysed during the writing of this article. 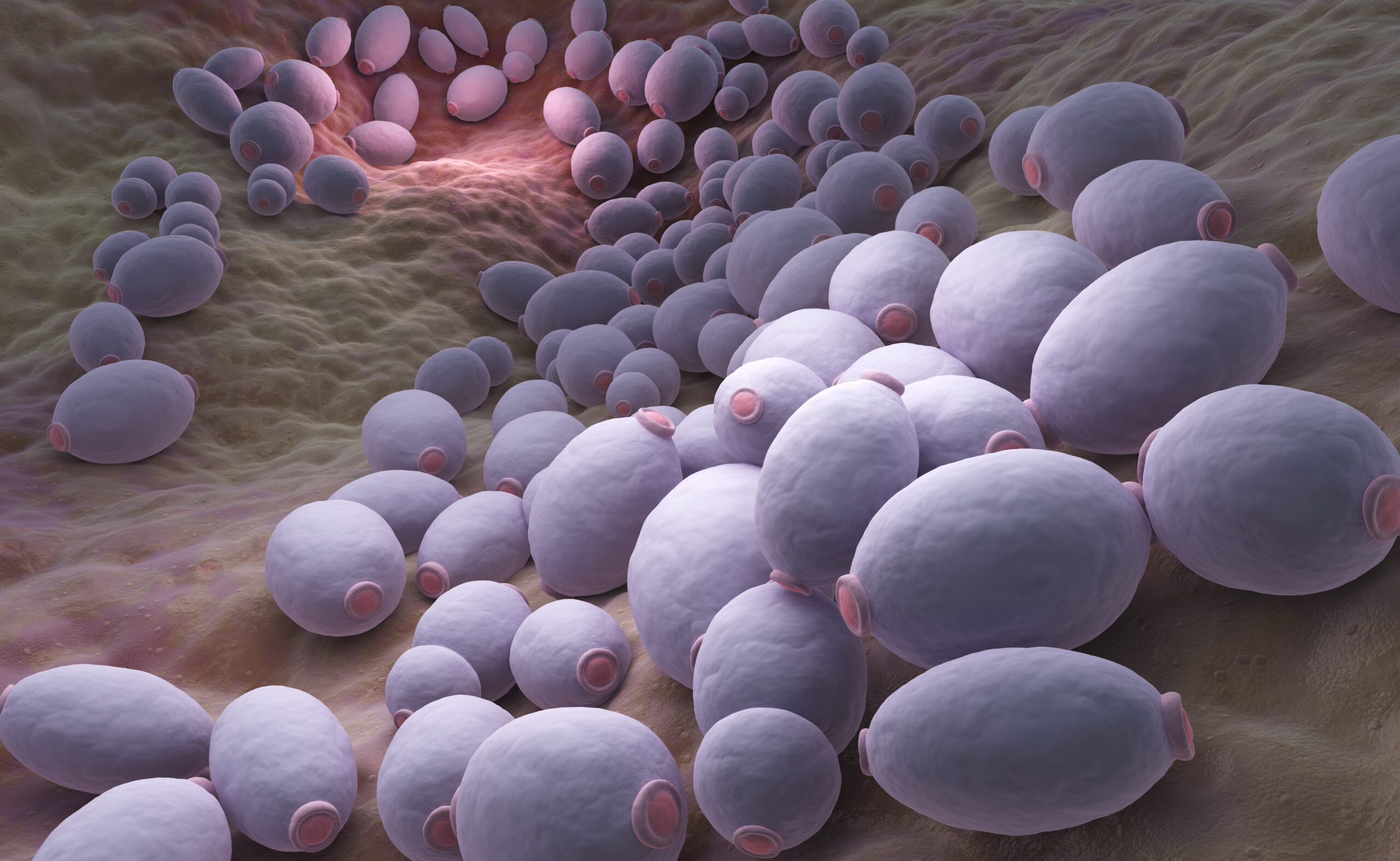 Novel Antifungals for the Treatment of Vulvovaginal Candidiasis: Where Are We?

Vaginitis is one of the most common health-related issues that affects women worldwide. It can be caused by bacterial, fungal or protozoal infections. Vulvovaginal candidiasis (VVC) is the second most common cause of vaginitis, accounting for one-third of all cases in women of reproductive age.1 In the USA, VVC results in approximately 1.4 million outpatient visits […] 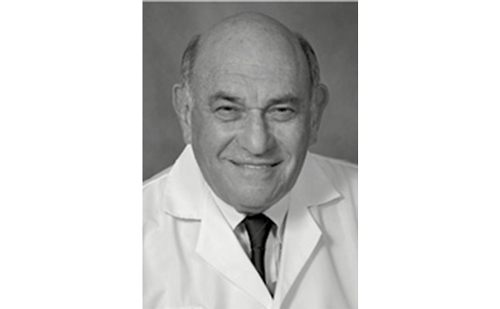 Oteseconazole in the Treatment of Recurrent Vulvovaginal Candidiasis

Recurrent vulvovaginal candidiasis is associated with significant disease, financial and quality-of-life burdens.1 Fluconazole has been used since 2004 for symptom control; however, its use is limited by the development of resistance and a high rate of vulvovaginal candidiasis recurrence after therapy cessation. Oteseconazole is a new medication that promises to provide women with an effective […]

Trending In Bacterial and Fungal Infections:

Journal articles and more to your inbox

Get the latest clinical insights from touchINFECTIOUS DISEASES